South Kensington Estates strives to deliver a service that reflects our values of Integrity, Excellence and Enterprise. 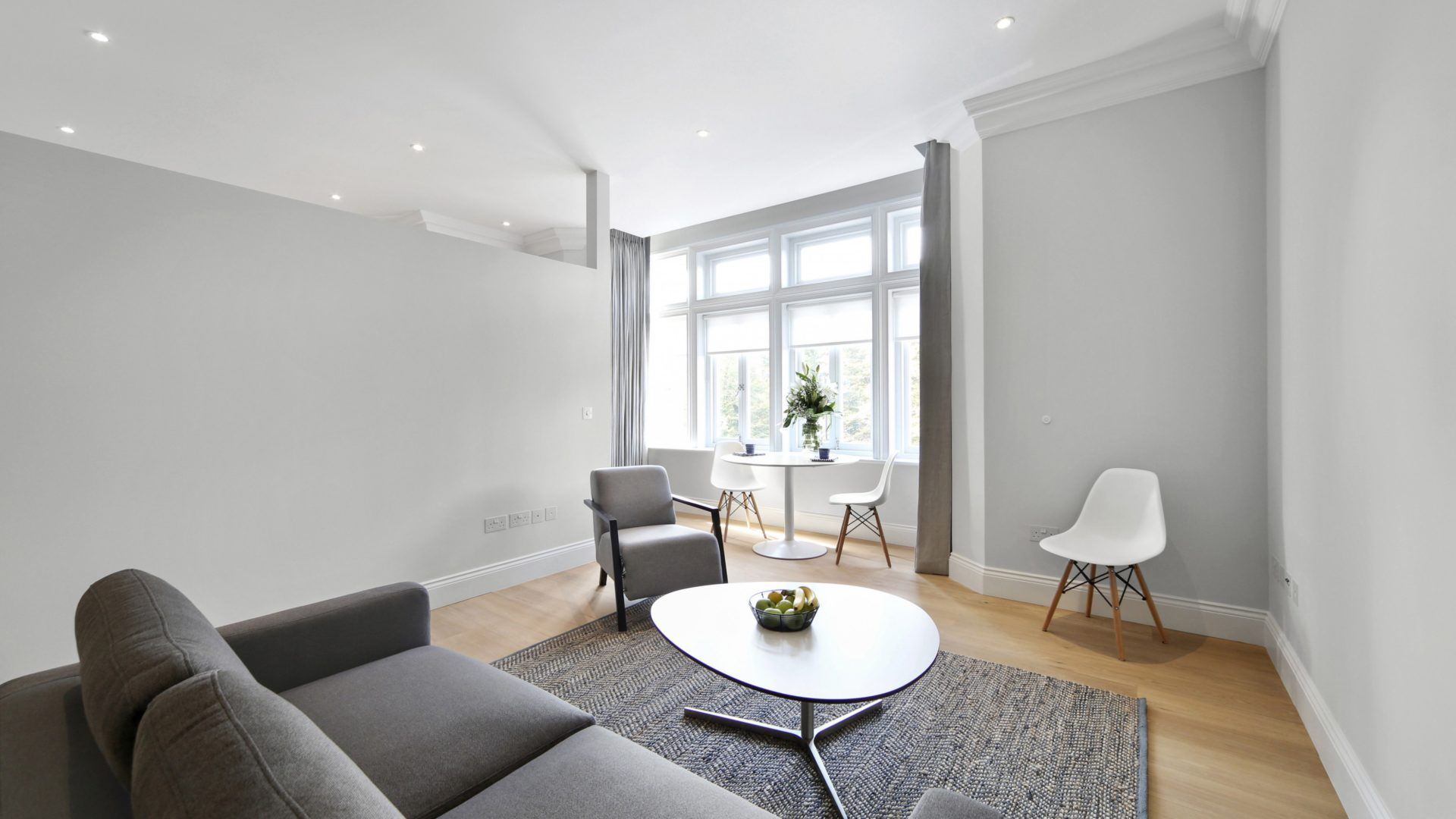 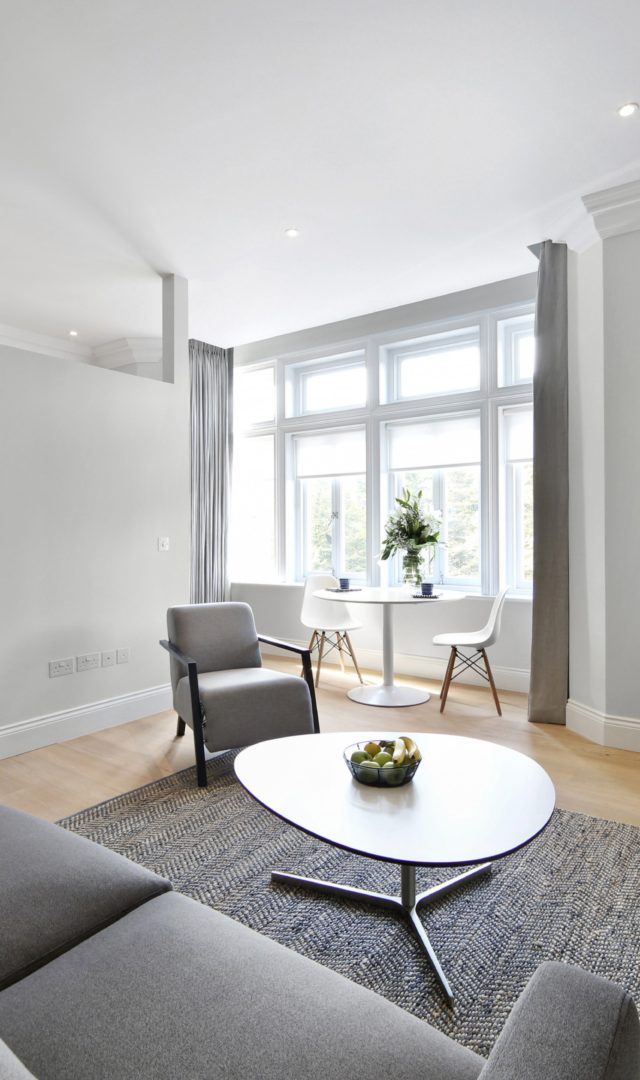 We work closely with our commercial tenants to ensure they are as successful as possible. Full details of the landlord and tenant responsibilities are in your lease however if something occurs outside of the terms described in your lease, we are here to help.

Our residential properties become homes which are loved and enjoyed for short and long term tenancies. We’d like to ensure that your stay in any one of our properties is as comfortable and as effortless as possible.

If you would like to discuss any aspect of your tenancy, please contact the Residential Lettings Team using the link provided below.

for or in connection with the grant of an approval under your lease, or an application for such approval;

for or in connection with the provision of information or documents;

in respect of your failure to make any payment due under your lease; or

in connection with a breach of a covenant or condition of your lease.

If you are liable to pay an administration charge, it is payable only to the extent that the amount is reasonable.

(3) Any provision contained in a grant of a lease under the right to buy under the Housing Act 1985, which claims to allow the landlord to charge a sum for consent or approval, is void.

who should pay the administration charge and who it should be paid to;

the date it should be paid by; and

how it should be paid.

However, you do not have this right where-

a matter has been agreed to or admitted by you;

a matter has been decided by a court.

(6) Where you seek a determination or order from the First-tier Tribunal, you will have to pay an application fee and, where the matter proceeds to an oral hearing, a hearing fee, unless you qualify for fee remission or exemption. Making such an application may incur additional costs, such as professional fees, which you may have to pay.

(8) Your lease may give your landlord a right of re-entry or forfeiture where you have failed to pay charges which are properly due under the lease. However, to exercise this right, the landlord must meet all the legal requirements and obtain a court order. A court order will only be granted if you have admitted you are liable to pay the amount or it is finally determined by a court, a tribunal or by arbitration that the amount is due. The court has a wide discretion in granting such an order and it will take into account all the circumstances of the case.

We aspire to keep our Estate presentable at all times. We ask that you take full responsibility of your waste from the point it leaves your premises to disposal.

Making alterations to my property

You must always seek permission from the Landlord prior to commencing any works in your property.

We advise you to contact our Estate Manager to discuss the alterations process and any relevant documentation that is required.

In the first instance, please refer to your lease obligations.

Should you require any assistance with this, please contact your Property Manager or the Commercial Asset Manager.

Moving into a residential property

Check that you have set-up all of your utilities correctly and that they are in your name. If you need assistance, contact the Residential Lettings team for guidance.

We aim to deal with all maintenance and repair issues as quickly as possible. As a minimum, all enquiries will be acknowledged within one working day. We will advise you as soon as possible if the enquiry is going to take longer than the time detailed below to be resolved and advise when the problem will be resolved.

Emergency repairs (e.g. flood in your property) will always be responded to within 24 hours. For your information, emergency repairs can be defined as those likely to cause a risk to your health or safety, or cause serious damage to the building. To ensure your safety it may be necessary for us to carry out temporary repairs in the first instance.

Any urgent repairs (e.g. broken entry phone or communal lift) will be dealt with within a three day period. Urgent repairs are defined as repairs that materially affect your comfort or convenience.

All other repairs (e.g. window cannot be opened or broken washing machine) will be responded to and dealt with within a 7 day period.

Please refer to your tenancy agreement for information relating to bank details and rent due dates.

For further information your rental account, please speak to the Finance team.

Making alterations to my property

South Kensington Estates does not permit any market let tenants to make alterations to their property.

If you are a long leaseholder on our Estate, you must always seek permission from the Landlord prior to commencing any works in your property.

You are advised to contact our Estate Manager to discuss the alterations process and any relevant documentation that is required.

In the first instance, please refer to your welcome pack.

Alternatively, the rubbish and recycling collection dates can be found on the Royal Borough of Kensington and Chelsea website: https://www.rbkc.gov.uk/bins-and-recycling

We aspire to keep our Estate presentable at all times. We ask that you take full responsibility of your waste from the point it leaves your premises to disposal.

How to make a complaint

If you feel that the service you receive from South Kensington Estates or one of our contractors is unsatisfactory and you wish to make a complaint, please get in touch directly with our team in writing or by email to info@ske.org.

I am a residential tenant and I am locked out of my property, what should I do?

If you cannot access your property and it is outside of office hours, we advise you to call our Concierge service. You can either call the office number on 020 7761 6420 and be redirected or call the Concierge direct. Please refer to the contacts page in your welcome pack.

I am a commercial tenant and I am locked out of my property, what should I do?

We do not hold duplicates of commercial property keys. If you have made a special request for us to hold a set of keys for your property, please call the office number on 020 7761 6420 and you will be redirected accordingly.

What benefits do I receive from living or working on the Estate?

We encourage our tenants to be active members of the community they live and work in. To support this, we will be launching a loyalty programme which will entitle any tenant belonging to the Estate to receive specific discounts and benefits to encourage everyone to shop, eat and relax locally.

If you would like to further information on the programme, please contact the Customer Relationship Manager or call the office on 020 7761 6420.